Commodore 64 back to life

Commodore 64 back to life.

My brother found an old Commodoe 64 in his basement, and asked me if i wanted to have it. 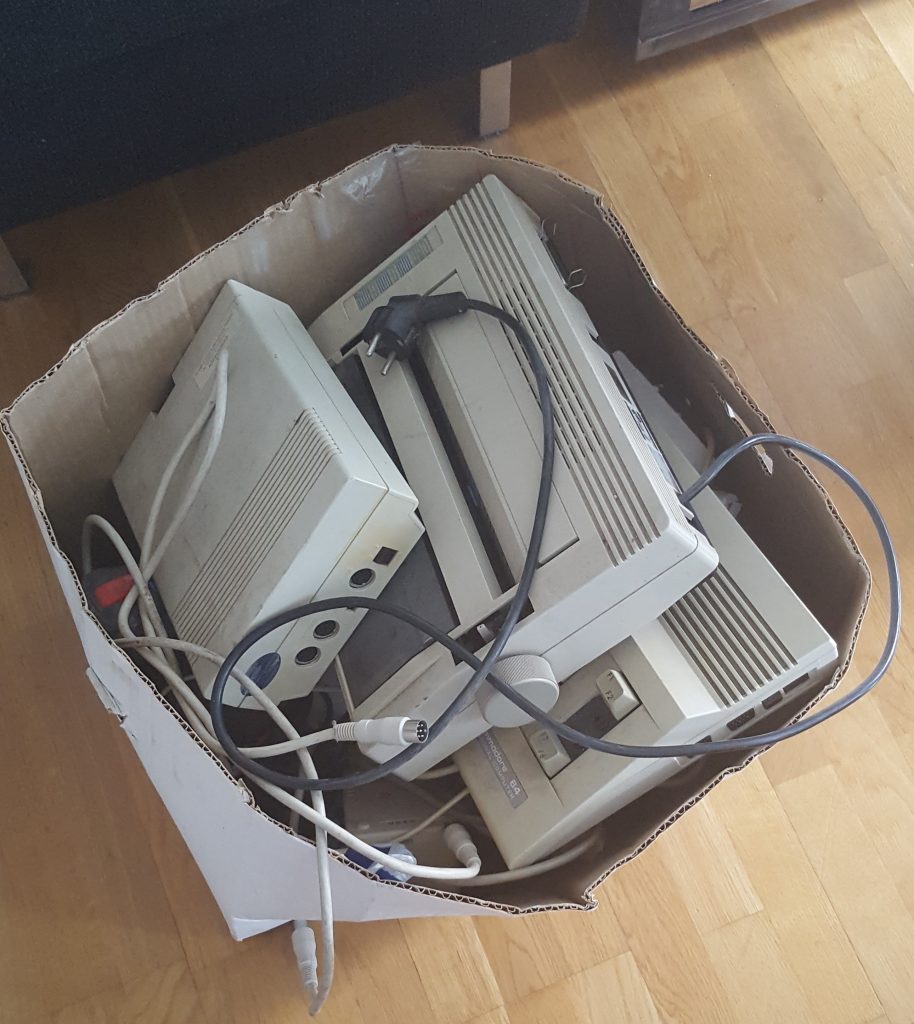 I got this box from him, it was very dusty, and yes that is a printer.
I was not sure what to expect, but went ahead and connected it to the TV, and it actually turned on. 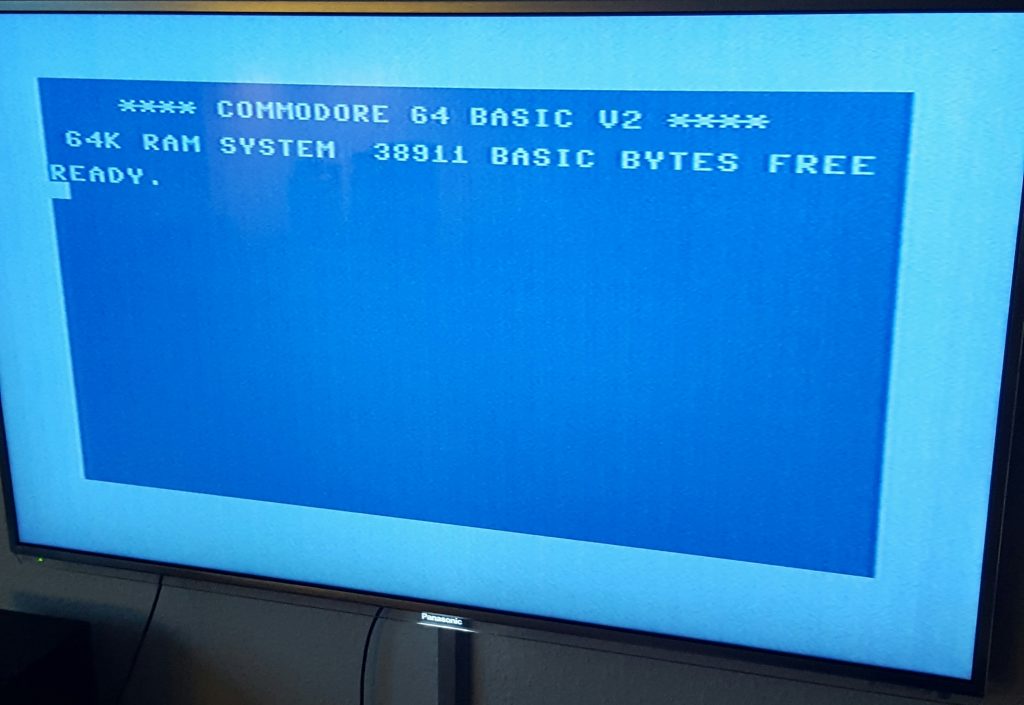 I was quite surprised, i did not expect that, but i soon found a issue with it, Almost none of the keys on the keyboard was working, so it wasn’t possible to use it for anything other than the pretty blue screen. 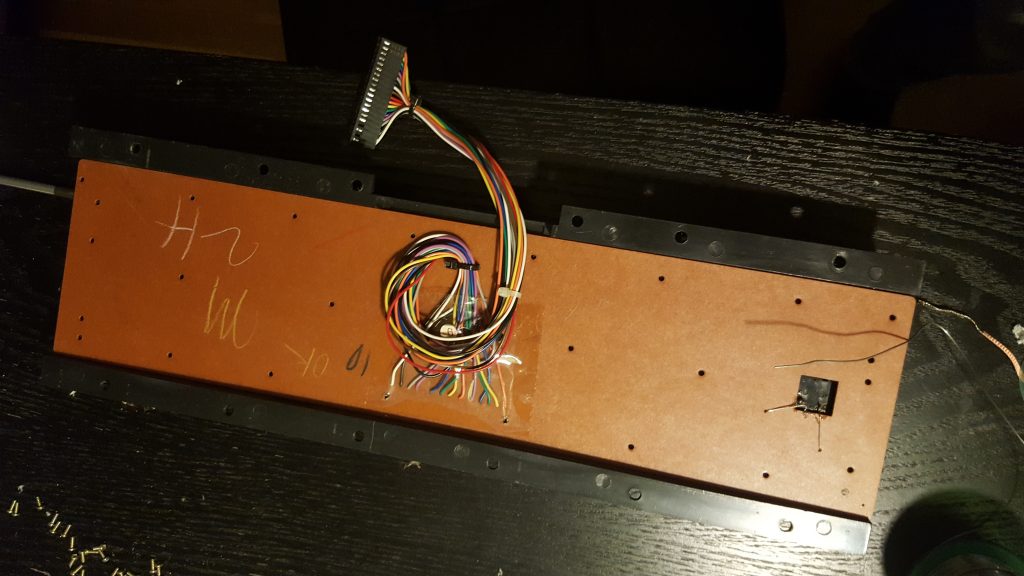 I took it apart to see if there was something obvious wrong with it, but there wasn’t, so took the keyboard apart, and cleaned the print with some isopropyl alcohol, some of the soldering point didn’t look to good, so i gave them some new tin. i cleaned the rest of the Commodore 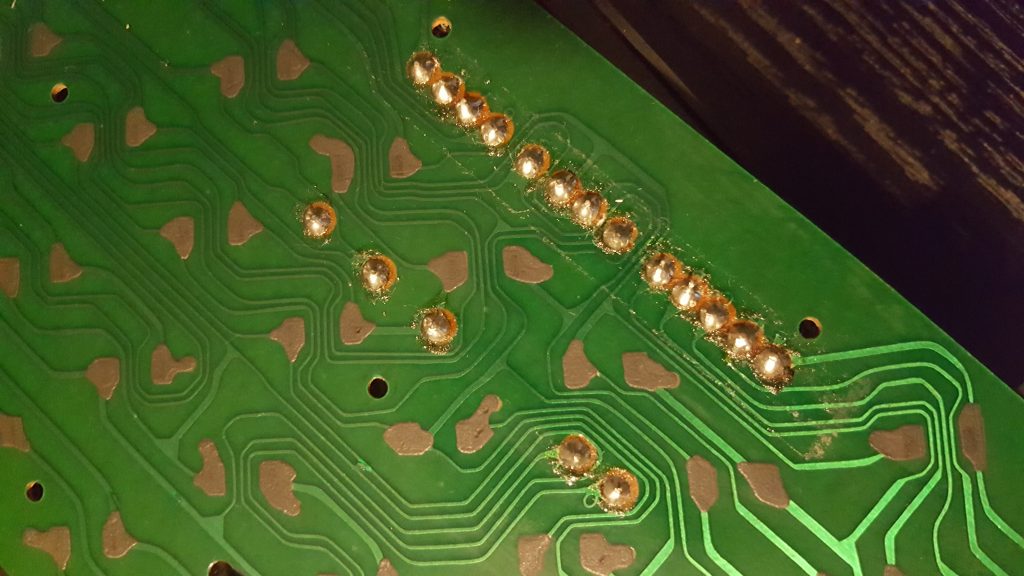 The bad soldering point on the Keyboard print. 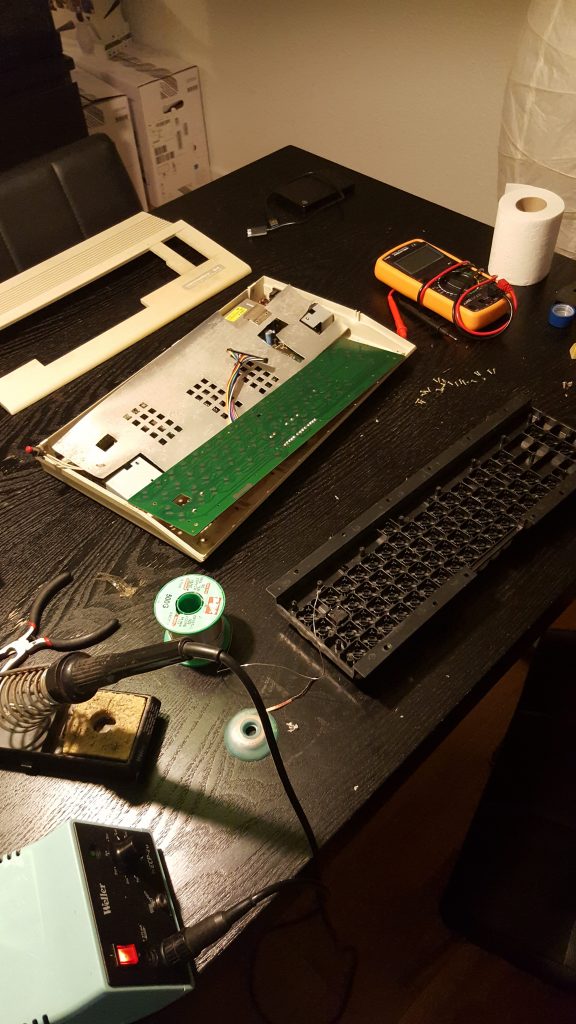 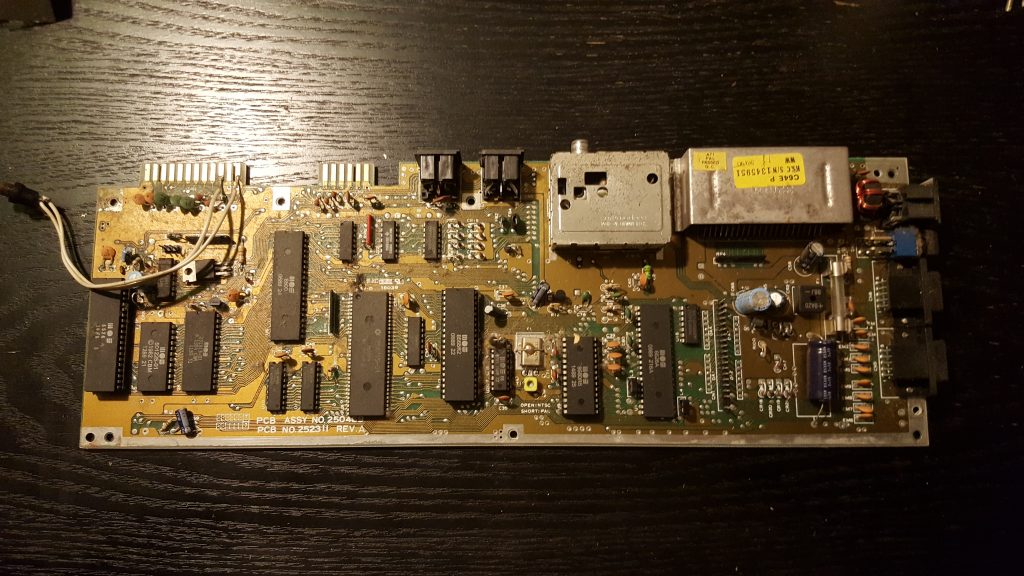 Logic-board of the Commodore 64 after it has been cleaned, it was covered in a layer of dust and even some mouse droppings. this one has been modded with a reset switch. 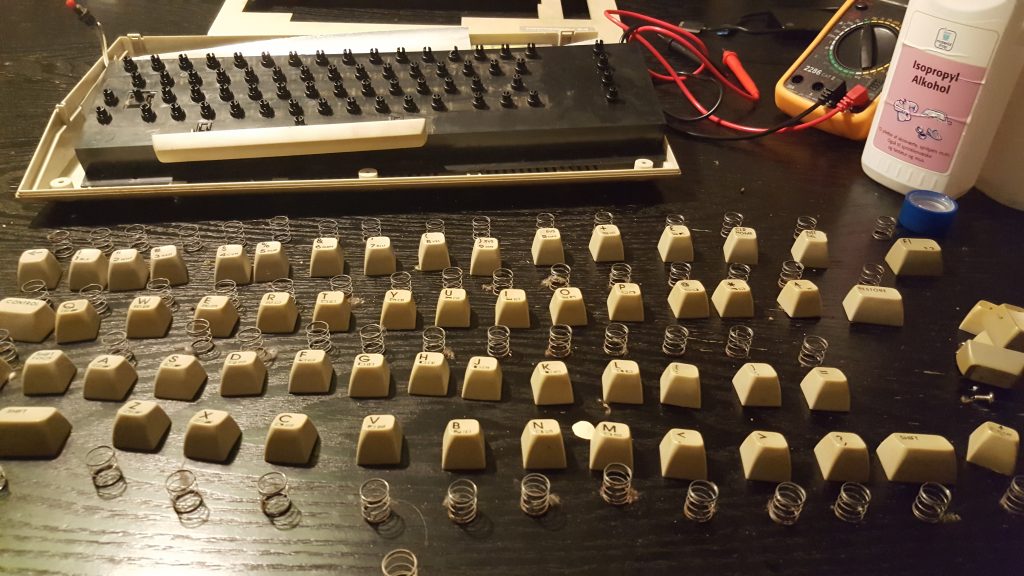 There was a lot of dust under the keys, so removed them all, and cleaned under them. some of the keys where missing the springs so i have ordered some new ones from http://store.retroleum.co.uk/
I haven’t received them yet. but it is a easy fix. 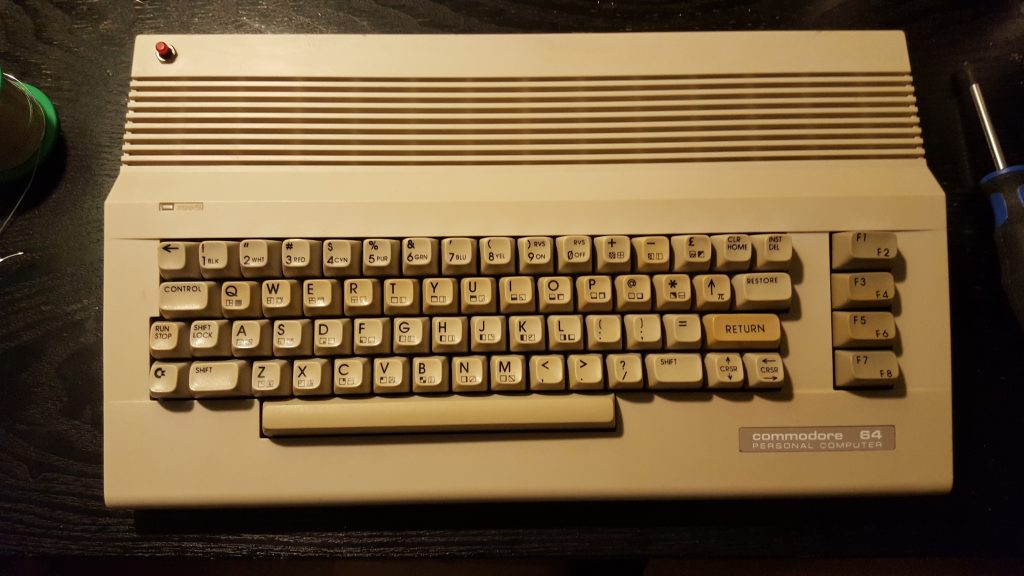 Finally assembled, and the good news was that more of the keys where working now, but sadly not everyone, so was still not able to type “LOAD” on it, so i took it apart again and messuret on the keys that wasn’t working, and the connection was fine, and the problem was the connector you plug on to the logic board, it had some bad contact, so had to replace some of the pins, i used some from some RC connectors i had they did the job and it was now working perfectly, although it very yellow, i’m thinking about giving Retr0bright a go to see if that will make it nice again. but that will be a project for another time.

The Commodore has been cleaned and is now working. i think i will look into a SD card reader for it, because i don’t have many diskettes for it and many of them aren’t working, but still looking into which SD card solution i will go for, if you have any experience with it please leave a reply 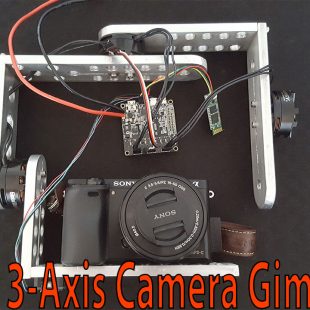 Update I released the next part of the Camera Gimbal build. https://youtu.be/OFVIN5ThFhM It's taken a little while longer to build that i anticipated, i haven't had much time for this project but it is moving forward slowly. I need to build the handle, and mount the electronics properbly... 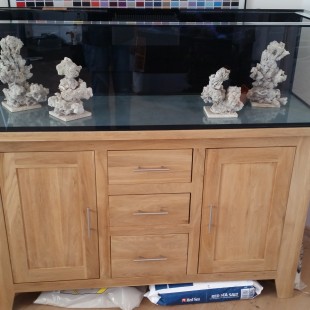 Reefbuild This reefbuild is not mine, i just helped a friend build this Saltwater aquarium. The Tank is ordered with measurement to fit the furniture. 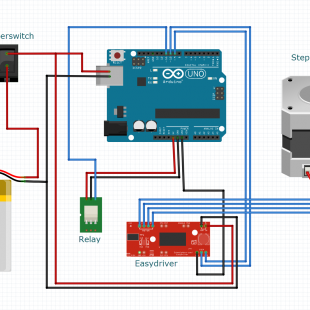 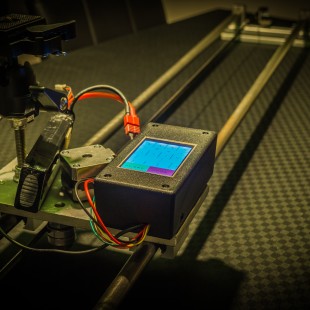 Camera Slider Build. This article is about how i made my own smart camera slider, i wanted to build my own camera slider that would be used for both video and timelapse photography. I spend a lot of time looking for parts for the build, and found the most of the parts i used in China, and i... 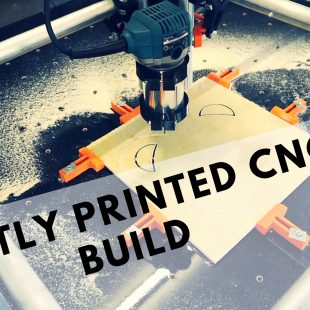 My newest project is building the mostly printed CNC machine. Created by vicious1 My goal with this is to share what I experienced with this build so other maybe benefit from it. I am certainly not an expert on CNC machines. and all of this has been a learning experience for me. I choose... 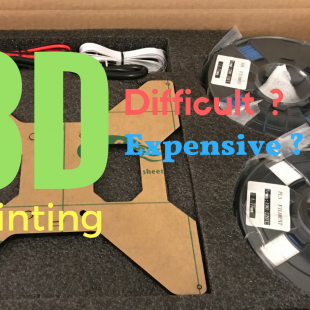 
Is 3D Printing Difficult and Expensive ?

Is 3D Printing Difficult and Expensive ?

3D Printing! is it Easy or Hard ? I am about to enter the world of 3D printing because i see the potential in it for my upcoming projects. I have no experience with 3D printing, and I want to see how difficult is it to start with 3D Printing, and does it have to be expensive ? So I found a...